Since we are likely soon to have a new female associate Justice on the SC....

Untangling the Causal Effects of Sex on Judging

Abstract:
We explore the role of sex in judging by addressing two questions of long-standing interest to political scientists: whether and in what ways male and female judges decide cases distinctly — "individual effects" — and whether and in what ways serving with a female judge causes males to behave differently — "panel effects." While we attend to the dominant theoretical accounts of why we might expect to observe either or both effects, we do not use the predominant statistical tools to assess them. Instead, we deploy a more appropriate methodology: semiparametric matching, which follows from a formal framework for causal inference. Applying matching methods to 13 areas of law, we observe consistent gender effects in only one — sex discrimination. For these disputes, the probability of a judge deciding in
favor of the party alleging discrimination decreases by about 10 percentage points when the judge is a male. Likewise, when a woman serves on a panel with men, the men are significantly more likely to rule in favor of the rights litigant. These results are consistent with an informational account of gendered judging and are inconsistent with several others.

1. "Panel effects"? That is not the way I would have talked about panel effects. What is meant here is the presence or absence of at least one woman on the "panel" deciding. Makes sense, but panel data is an established term.

2. The rap on SDO'C on the court was that she was erratic. (She wrote McConnell v. FEC, which was bizarre, for example). So the difference (and there may not be one) between men and women may be in the variance, not the means.
Posted by Mungowitz at 5:50 AM No comments:

Go To the Real KPC site!

The "real" KPC site can be found here! Thanks for visiting....
Posted by Mungowitz at 5:47 AM No comments: 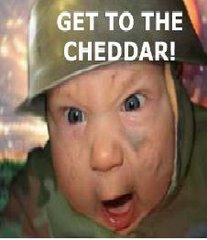